Using sampling and looping technology, Emily has developed an exciting and innovative program of new music for the cello. 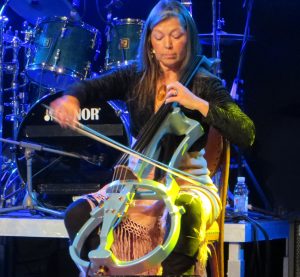 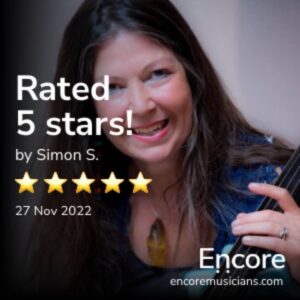 23/11/22 providing mellow cello music for a three course dinner party at the officers mess Royal Army Medical Corp, Tidworth. A program of dance movements from the Bach suites by JS Bach,  my compositions in which I utilise looping pedals to multitrack the cello  and covers of pop songs.
“At such short notice, Emily was fantastic in every way. We could not have asked for more from her. She elevated the event to make it a resounding success. Thank you Emily”. 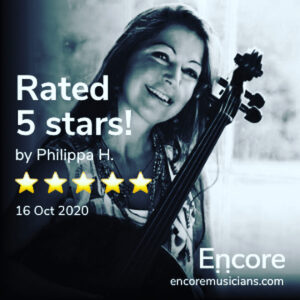 “Emily was amazing, she was so helpful with my last minute booking when another musician cancelled. She arrived on time, happily participated in a surprise entry, was very friendly, respected social distancing and of course her music was beautiful. Definitely recommend”! 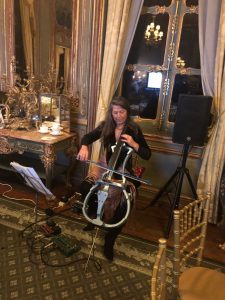 (Wedding ceremony)Emily played at our wedding ceremony back in September and put together a beautiful arrangement of Chasing Cars for my wife to walk into. She was very professional and even better that we had expected, it really made our day perfect. Our only regret was that we didn’t ask her to play for longer! We were so happy and can’t thank Emily enough!
Andrew and Michelle 10/10
(University of Exeter Medical School graduation)Beautiful music played on an amazingly cool modern cello. Just the right backdrop to our celebration event on the lawn at St Luke’s in Exeter.
Rachel Burn 10/10

‘Sisters in the Forest’ – new looping cello composition  inspired by a Survival international moving account of two sisters – last surviving members of an Awa tribal community in Brazil who having been cured of TB ran away from the reservation where they were told that they could now live and disappeared back into the Amazon forest. In visiting Emily’s youtube channel  you can also watch her performance of “Sisters in the Forest” during her presentation 08/11/21 at COP26 in Glasgow.

Review 15/03/2018 Private House concert booked through Emily’s page on Last Minute Musicians
Emily’s unique performance was exceptional. She was warm, fun and accommodating and our experience was utterly pleasurable. We were delighted and mesmerised as she transported us into memories.
Jon (Private concert) 10/10 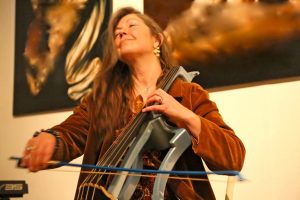 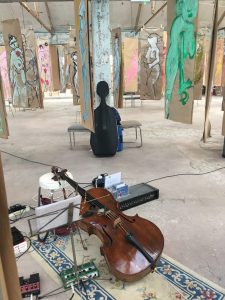