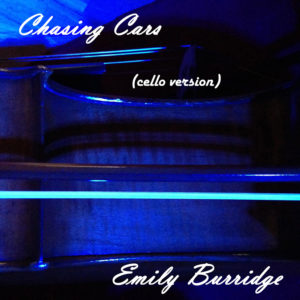 The Story Behind This Cover of Chasing Cars

Originally a commission for an arrangement to be performed at a wedding – solo cello! The phone conversation went as follows:
“Can you write arrangements?”
“Yes,” I reply.
“We would like ‘Chasing Cars’ for the arrival of the bride – it’s a song which always makes Michelle cry.”
Indeed it did – but on that first phone conversation I never imagined what it would take to write a cello arrangement of this song. Certainly it couldn’t be performed live with looping pedals and so I recorded lots of cello parts, (eleven part harmony)  and performed it with my backing track. 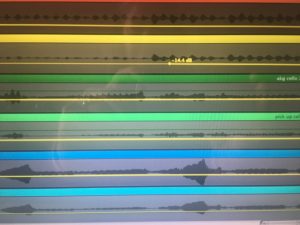 Next step, after all that work and the fabulous response shall I release it as a cover ? A nail biting wait of six months before finally the approval came through from Snow Patrol’s publisher Universal Music.
At present I have a worldwide  license excluding US|MX|JP|CA|PK|IN – need to sell a few to pay the license to go global!
I hope you like it and importantly I hope the guys in Snow Patrol, who performed on  the original song, enjoy a different take.
Thank you Gary Lightbody for your brilliant love song  and thank you Andy and Michelle for originally commissioning me to create this arrangement for your wedding 14/09/18
Recorded and mixed by Emily Burridge
Mastered by Ben Findlay Lucid Audio Ltd 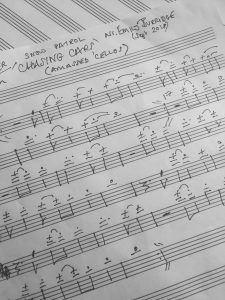 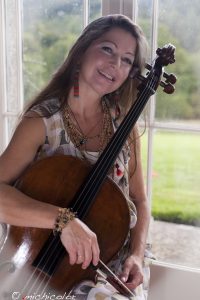 Through integrating modern sampling technology with the ‘cello Emily has developed an exciting and innovative program of new music for the cello.

With looping pedals operated by her feet Emily can play the cello, record harmonies and create multi tracked compositions live.

About Chasing Cars by Snow Patrol

It was the US medical drama Grey’s Anatomy that propelled Snow Patrol’s Chasing Cars into the popular consciousness of the American public.

Since May 2006 it has been the biggest selling single for this Northern Irish band. The song was on the album Eyes Open and the second single. It was also the last song to be played on the BBC’s Top of the Pops, plus the most played radio song in the 00’s.

It is a great love song and one that defines many couples’ relationship.

“It’s the purest love song that I’ve ever written. There’s no knife-in-the-back twist. When I read these lyrics back, I was like, ‘Oh, that’s weird.’ All the other love songs I’ve written have a dark edge.”