Together, BJ Cole and Emily Burridge produce a dynamic energy that has evolved from their complementary musical perspectives. 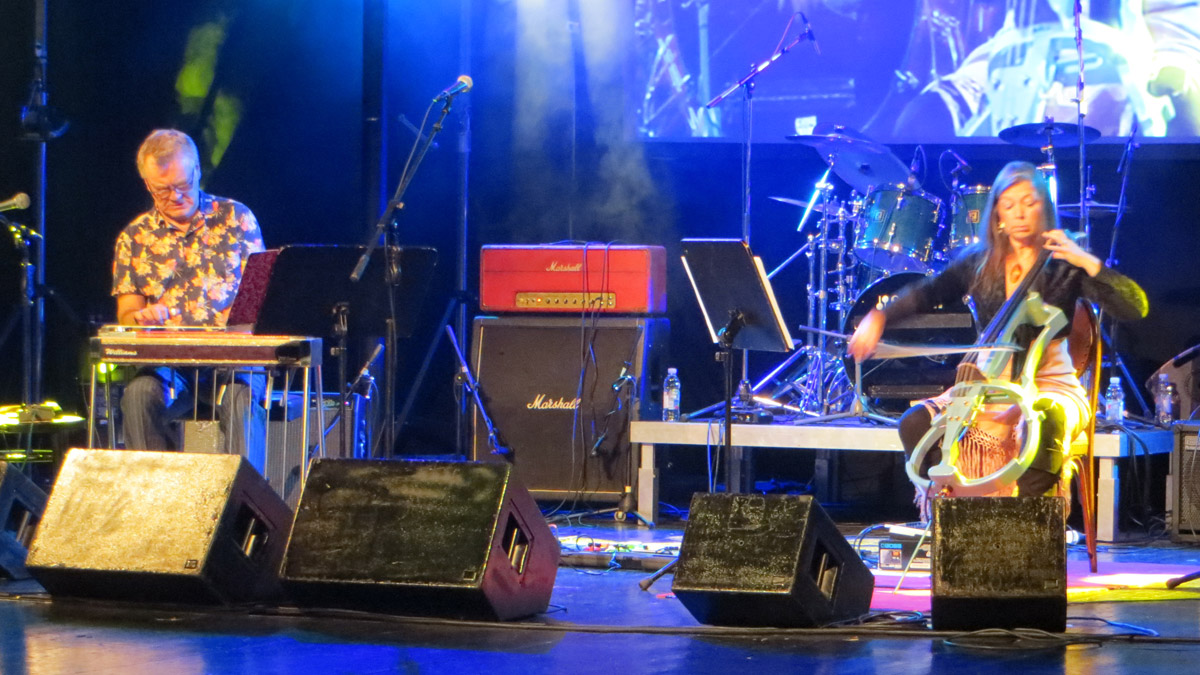 “Music is not meant to be static, real music takes flight; it is an expression both within and outside time. Few musicians appreciate this as much as BJ Cole and Emily Burridge. When they perform established pieces of music they don’t just recite them; their interpretations have the all important extras: poignancy, conviction and weight”.

Live at The Convent Club Chapel

“Their delicate but powerful duets carry emotions that haunt you. They play with poise enough to take your breath, stop time and speak to you directly.”

Out of the Blue 2 (arr.with pedal steel guitar)

In working together these two have created an eclectic repertoire for their concert program including a classical/jazz interpretation of Henry Purcell’s Dido, “Appalachian Spring” by Aaron Copeland, “Clair de Lune” by Claude Debussy. As well as arrangements of standards including ‘Cry me a River’ by Arthur Hamilton

They have established a strong reputation with their unique musical interpretations and have performed at a number of festivals including:

The Flying Guitars Festival at the National Theatre Varadzin, Croatia.

The ‘chamber music’ quality of Emily and BJ’s music is also suited to more intimate settings. The rise in the popularity of ‘House Concerts’ has seen the duo become more active in this area, with performances at Otterton Mill, Devon and several performances organized by Secret Concerts and a very successful Rural Tour of Nottinghamshire, Lincolnshire and Leicestershire. 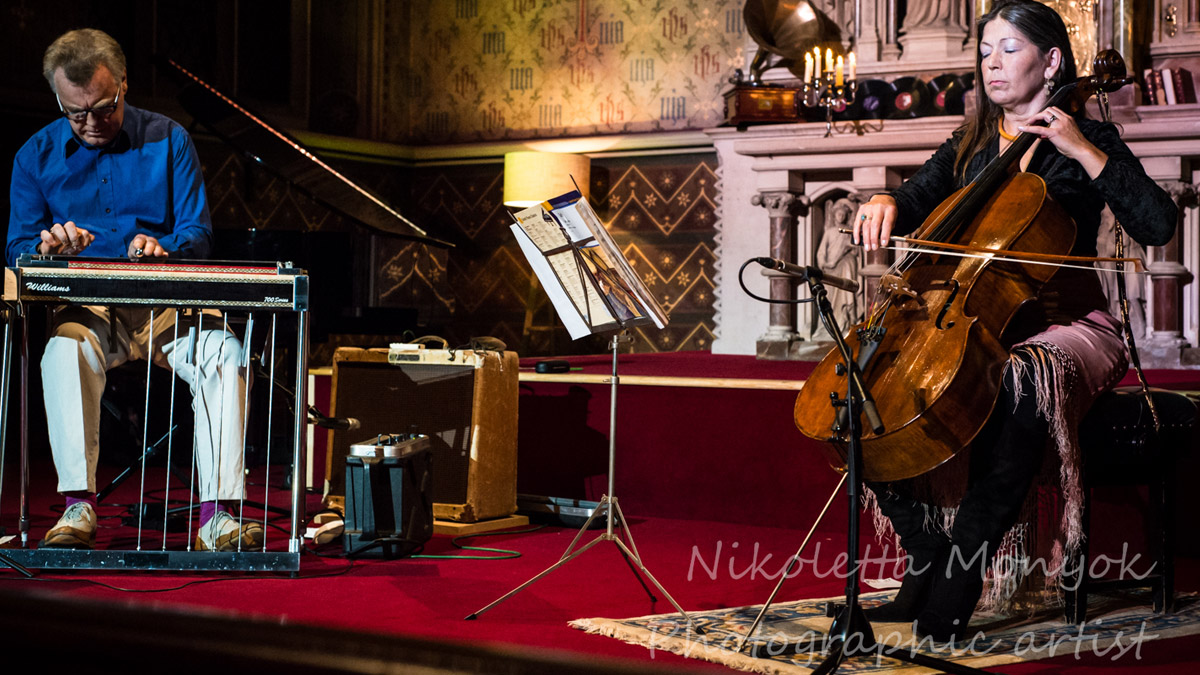 “What a surprising duo!… Cello and Steel Guitar, how could it work? But work it did with languorous, sensual, moving music…amazing! Ravel’s “Pavane for a Dead Infant” is a well know piece, performed so often it has become over familiar. But their arrangement placed it in a different perspective and it sounded fresh, like hearing it for the first time. A great little concert, thoroughly engaging and enjoyable” Art Nouveau

Emily, the classically trained virtuoso ‘cellist with a talent for improvisation honed to spontaneous perfection by the demands of top flight session work, and BJ, who’s 35 year long session CV adds weight to the conviction that the Pedal Steel Guitar, his chosen means of expression, is long overdue for a re-evaluation as an orchestral instrument that demands a sophisticated repertoire.

The unique combination of Emily’s ‘cello and BJ’s Pedal Steel Guitar create orchestral sounds in a new and refreshing context; weaving around one another in a sinuous dance of infectious sound and rhythm. In 2011 they released their second album “The Gnossienne Suite” as a digital download. It has been remastered in 2020 and is now sounding better than ever and prior to securing distribution with a label it is available as mp3 either as the whole suite or individual Gnossiennes. Please send an e mail to [email protected]

Their acclaimed arrangement of the five piano Gnossiennes by Eric Satie, “The Gnossienne Suite” where the duo seamlessly tie the Gnossiennes together with their co written‘ bridging compositions’ formed their second album. When this duo compose and blend their instruments they enter a world of intuitive improvisation and sonic adventure.

2020  “The Gnossienne Suite” has been re-mixed and re-mastered and the duo are currently looking to secure a label for their releases. Meantime the whole album / individual tracks can be purchased as downloads from this site. 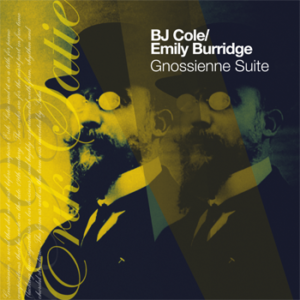 In working together these two have created an eclectic repertoire for their concert program including a classical/jazz interpretation of Henry Purcell’s “Dido”, “Appalachian Spring” by Aaron Copeland, “Clair de Lune” by Claude Debussy. As well as arrangements of standards including ‘Cry me a River’ by Arthur Hamilton. These appeared on their first CD Into the Blue. 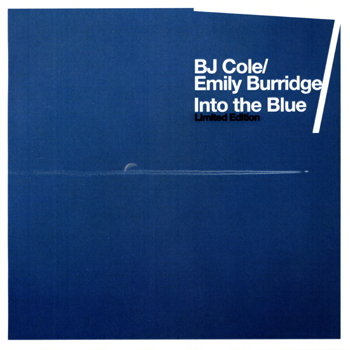