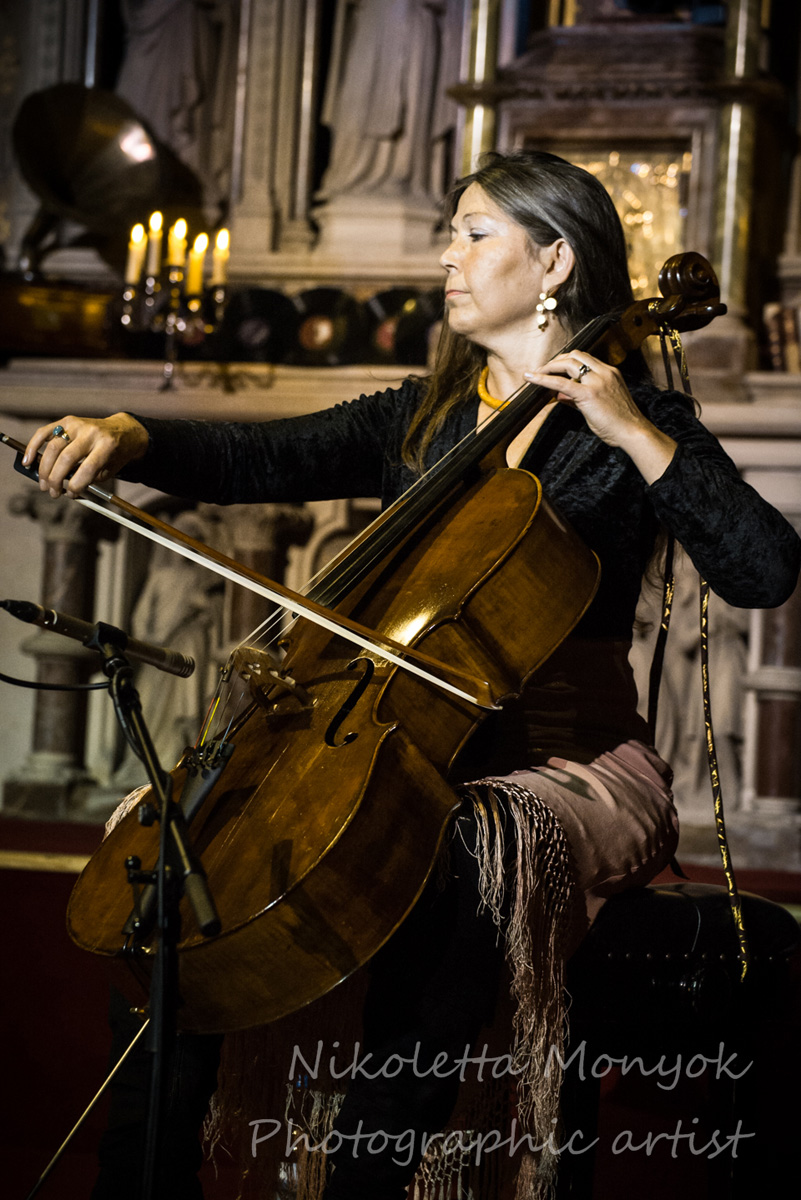 Emily has performed the Bach suites in many different performance environments and gives concerts by candlelight throughout the Christmas period and for special occasions.

If you love the Suites for unaccompanied cello by JS Bach this is a perfect way to mark a special occasion either as a “Private House Concert” or in a privately booked church.

‘Fine dining & a Bach suite’ drawing on the tradition of soiree musical Emily extends the appeal of Bach by performing in fine dining environments with the Suite performed as a recital in two parts with the courses served in between. Particularly suited to a candle lit ambience.

Emily’s journey of discovery in interpreting and finding her identity within ‘The six suites for unaccompanied cello’ by JS Bach commenced while studying with a scholarship at the Royal College of Music in London with the late Amaryllis Fleming and further tuition with the highly esteemed late William Pleeth.

As of 2022 Emily is performing either the G major, the D minor or the C major suite as well as movements from the E flat major suite.

The sound cloud player includes extracts of all the movements of the G major suite and is a live recording of a solo concert performance by Emily September 2017.

For concert booking enquiries please send an e mail to:

Emily can also be booked through Encore Musicians