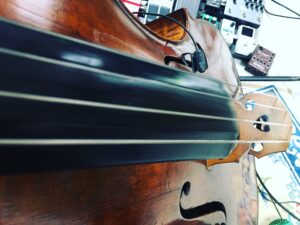 Its the third album production by Phil that I have been involved on and I have great respect for the originality of his albums. Also appreciate the way he respects my creative input with the cello with a free license to create.